Many thanks to those who contributed links to the Carnival this time.
We have 24 contributions from 12 contributors.

Today's 12 Contributors - please see the items below for exact URLS of their posts. 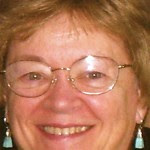 One of the first to join the Agatha Christie Reading Challenge was Margot at Joyfully Retired.

When I visited Margot's blog last week I discovered she now has a tab that says Agatha Christie Reading List.

Like me Margot is trying to read the Agatha Christie titles in order, and we are more or less at the same point in our journey (we seem to have a slight disagreement on our lists) but we are both around 1935. We are both claiming 18 books. 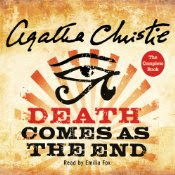 Bernadette reviews Death Comes As The End posted at Reactions to Reading, saying, "A review of one of Christie's writing experiments set in ancient Egypt: good historical detail but the book lacks a narrative focus".

Patti presents Agatha Christie posted at pattinase, saying, "In a not very flattering article about Agatha Christie in THE NEW YORKER last week, as part of a review on a new book by John Curran entitled Agatha Christie's Secret Notebooks, Joan Acocella claims that Ms. Christie made sure no one could solve her puzzles because she provided little if any psychological depth to her characters." 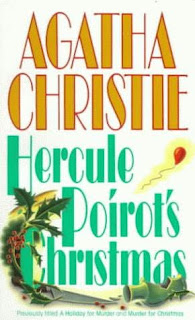 Sarah M. reviews Evil Under the Sun posted at A library is a hospital for the mind..., saying, "What better setting for a thrilling "who-dun-it" crime novel than a sea-side vacation spot where the beautiful and popular, yet most hated person present is murdered?
The post also lists the 24 novels read so far for the Agatha Christie Reading Challenge."

KerrieS reviews THE ABC MURDERS posted at MYSTERIES in PARADISE, saying, "In this story Poirot recognises this case is different to the intime sort of crime he is usually called on to investigate - crimes committed by one member of a family against another. This killer appears to be psychotic and he is playing with Poirot's mind."

Vanda Symon discusses Black Coffee posted at Overkill, saying, "BLACK COFFEE was not a novel, but a play, centred around Hercule Poirot. This novel is an adaptation of the original play, written by Charles Osborne."

Carolynn looks at Elephants Can Remember. posted at Carolynn's Bookshelf. This is a different type of mystery. You already know who the victims are…you’re just trying to learn who was killed first. Who was the actual person to murder and then commit suicide?

Chris Well presents Retirement is Murder: 10 Senior Sleuths posted at The Thrill of it All, saying, "A list of detectives solving mysteries in their golden years."

Margot Kinberg presents In The Spotlight: Agatha Christie's The Mirror Crack'd posted at Confessions of a Mystery Novelist...., saying, "The Mirror Crack’d is drawn together by the themes of social change and actions and consequences, among other themes. Its interest is, as much as anything else, in the characters we meet, Miss Marple’s insight into human nature and of course, the twists, turns and “red herrings” that made Christie a crime fiction genius. There’s also a subtle but real touch of humor."

Margot at Joyfully Retired reviews The Mysterious Mr. Quin posted at Joyfully Retired. Over the past few weeks I’ve been forcing myself to read the stories one at a time and waiting at least a day or two before reading the next one. That way the anticipation could build the way it did waiting for the magazine to publish the next story. I recommend doing the same. 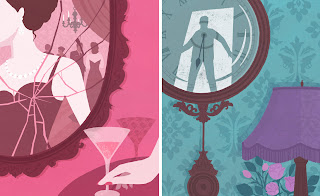 New Agatha Christie Covers posted at Lucy Davey, saying, "Two recently completed covers for the Penguin Readers editions of A Murder is Announced and The Mirror Crack'd by Agatha Christie."

Agatha Christie: The curious case of the cosy queen - Features, Books - The Independent posted at The Independent - Features RSS Feed, saying, "Discoveries: how has a shy, upper-middle class lady, born in Torquay in 1890, become (almost certainly) the most widely read novelist in the world today?"

Duchess of Death: The Unauthorised Biography of Agatha Christie by Richard Hack | Book review | Books | The Observer posted at Guardian, saying, "the reviewer definitely didn't like this book: a tremendously bad book. It manages to be both dull and unpleasant; to describe in exhaustive detail almost everything Agatha Christie ever did without coming close to revealing her as a person or a writer."

Agatha Christie’s Marple: Series 5 posted at Agatha Christie Reading Challenge Carnival, saying, "If watching the Marple movies is something you do, then you might like this site. There are good reviews of some of the episodes in the series in the comments."

KerrieS found this cover for Murder in Mesopotamia by Agatha Christie posted at Pulp of the Day"A most un-Agatha-Christie like cover I thought - what do you think?"

RTÉ.ie Radio 1: Documentary on One - Agatha Christie's Final Mystery posted at Radio One Ireland, saying, "A radio documentary about John Curran's fascination with Agatha Christie and his discovery of a new Hercule Poirot more than 70 years old."

Agatha Christie: 4.50 From Paddington game posted at Agatha Christie site, "If you've been wondering about what playing a game would be like, here's a chance to take a free trial. They call this a Hide & Seek game."

The enduring appeal of Agatha Christie posted at CountryLife Homepage, says, "Without her sister Madge's taunting, Agatha might never have turned her hand to detective fiction and thus never have entered the record books as the best-selling writer of all time. Today in Britain, more than 30 years after their author's death, her novels continue to sell in the region of 600,000 copies a year."

Agatha Christie Files posted at Free Full Downloads with Hotfile and MegaUpload Links - WorldsDown, saying, "This site seems to offer a mixture of games and audio files either at low cost or free. Certainly worth investigating. It contains a list of available titles."

Submit your blog article to the next edition (October 23) of the agatha christie monthly carnival using our carnival submission form. 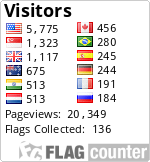