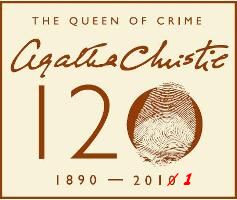 Past posts and future hosts can be found on our blog carnival index page.
Technorati tags: agatha christie monthly carnival, blog carnival.
Posted by Kerrie at 08:03

Agatha Christie is such a great author, I'm in the middle of reading The Orient Express for the umpteenth time. A bunch of friends and I, who I met through a Meetup put on an Agatha Christie carnival each year where we a murder mystery event. Its all very fun, we get dry erase spinning wheels and set up this huge elaborate event. We take turns planning it so that only one person knows what is actually happening.