Many thanks to those who contributed links to the Carnival this time.
We have 14 contributions from 11 contributors.
Do visit the participating blogs and leave comments if you have read the books.


11 Contributors - please see the items below for exact URLS of their posts. 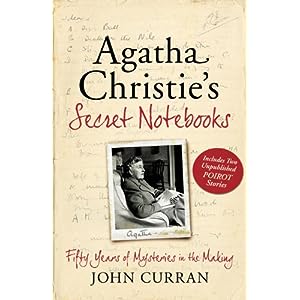 Melinda found this article: BBC News - Agatha Christie mystery gets 21st century debut saying, "An Agatha Christie play that hasn't been staged for more than three decades is being resurrected this week."

KerrieS presents 13 - Unlucky for Some? posted at MYSTERIES in PARADISE, saying, "Agatha Christie published 3 books with 13 in the title."

Sarah M. presents Hercule Poirot's Christmas by Agatha Christie: posted at A library is a hospital for the mind..."Of course you may wonder why I chose to read this book in March instead of waiting until next Christmas..."

Luke Forney presents The OLD Luke Reviews: The Mysterious Affair at Styles by Agatha Christie posted at The OLD Luke Reviews, saying, "Kerrie suggested I might shoot over some of my Poirot reviews, so here is my first (I'm reading through all the Poirot books in order). To follow I will send my reviews of the second and third books. Thanks for the interest in Luke Reviews, and for keeping Agatha Christie reading alive and well! "

Sarah M. presents Appointment with Death by Agatha Christie posted at A library is a hospital for the mind..., saying, "Appointment With Death was a fast read, which I finished in less than 24 hours. On it's face I liked it, but I can't say it was anywhere near Christie's best."

Submit your blog article to the next edition (May 23) of the agatha christie monthly carnival using our carnival submission form.

Just a reminder that the next Carnival is due on May 23, submissions will close on May 22.
Submit here.
Why not write a post that gives us an update of where your are on your challenge journey?